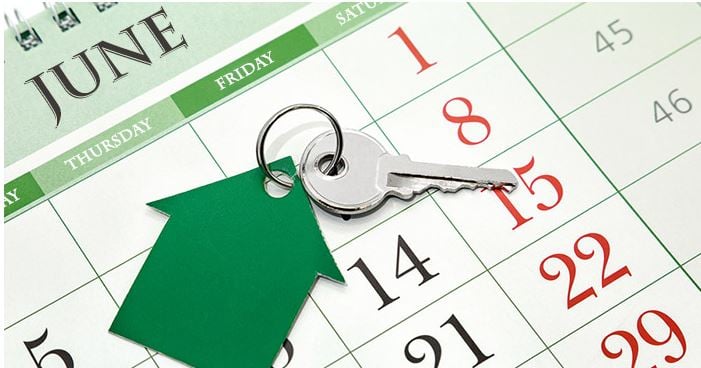 June Is National Homeownership Month. Here’s An Interesting Take On It

Are you aware that June is National Homeownership month in Oakland County and around the Country?

Probably not. Because you’re too busy working to afford the home you live in, whether you rent it or own it.

Why should you care?

If you poke around and read anything you can find about it, you’re being urged to recognize and celebrate the benefits of homeownership.

That seems kind of a weird thing to ask you to do. Do you really have the time or care? What’re you supposed to do, throw a party? Sit alone and contemplate it? Invite some friends out for coffee and chat about it?

You’ve got to figure that the people who actively promote it probably have their reasons and motives for pushing it. (You know, like real estate agents, mortgage lenders, and the government.)

It makes you wonder…

Why do they push it, other than to make money?

Is it really the “American Dream“? Or is it just a packaged ploy?

Is it all it’s cracked up to be? What about all the people who were recently hurt by the housing market and getting in over their heads?

What about the economy and jobs? What about making enough money to even afford a house?

And, what about all the headaches and worries that come with homeownership?

Are you being sold on something unachievable, or not even all that desirable?

Maybe you shouldn’t own a home

Homeownership is not for everyone.

There always seems to be this push to increase the percentage of homeowners. It gets wrapped in reasons why it’s good for you, your community, the country as a whole…maybe even the whole universe.

Pushing to increase the percentage of homeownership for the sake of statistics and percentages is wrong.

Besides, if everyone owned property it wouldn’t be as special. As coveted. As much of a dream.

So, if you do question whether homeownership is “worth it”, maybe it isn’t the worst thing. Maybe you shouldn’t own a home.

It’s easy enough to let the people who really want to own property, and believe in the value of it, own all of the real estate.

Let them enjoy the “pride”

One of the catch phrases you’ve probably heard is, “There’s pride in homeownership.”

That’s kind of the cover-all reason given as to why more and more people should own their own homes.

You can’t entirely diminish the fact that there is pride and value in owning real estate. There is.

Nor can you entirely diminish the actual benefits of ownership, like building wealth, tax incentives, and not throwing money out the window and building someone else’s wealth.

But there’s certainly an inability for some people to buy real estate. Some people will never achieve homeownership.

And there’s certainly risk and worry involved. Not everyone can handle that.

It’s certainly understandable that lots of people shy away from buying real estate so soon after the real estate bubble burst, and the slow recovery. Some people are still recovering financially. Some people watched their parents struggle and worry, only to lose their home.

But for those who can and do own real estate, there is pride. And there’s appreciation.

Because while not everyone should own real estate…at least now everyone can.

You get to choose, not be chosen to own land

It used to be only a select few who could own land.

Now almost everyone has the right to own property…if they want to and have the ability.

This isn’t the feudal system where there are only a handful of Lords who’ve been granted a piece of land to look after by a King. (Side note: Do you think any Lords ever questioned the value of owning land?)

You can choose to be the lord of some land. You just have to want to, and be financially qualified to.

While you don’t have to be “chosen”…nobody’s giving it to you either.

So, if you can financially afford to, there should be some pride and appreciation in owning a little (or large) piece of this planet, with a “castle” to call your own.

So, when you do decide to buy some real estate, you should enjoy the pride, appreciation, and respect for the right and privilege to do so. You are essentially choosing to be your own land Lord.

There are places in this world you still can’t. So, imagine that. Imagine not having the choice.

Is Homeownership month worth you recognizing and celebrating?

With all that in mind, is National Homeownership Month more meaningful to you?

The best way to figure out if you should be a homeowner is to speak with a serious, objective real estate agent. One who takes counseling clients more seriously than pushing the pride of homeownership, just so they can make a sale.

Give me a ring if you’re looking for some good, objective counsel. I’d love to be part of that round table. 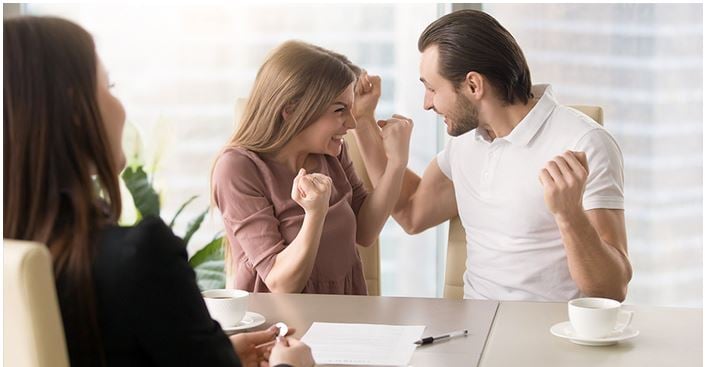 In the current economic climate, a lot of renters thinking homeownership is out of their reach. But if you think buying a home is out of reach, you might want to think again.  According to the National Association of Realtors’ Realtors Confidence® Index, first-time buyers accounted for 29% of all home sales from late 2016 to late 2017. That’s nearly one-third of all home sales! And there’s a reason so many people are making the transition from renting to owning…

Rents are rising. According to a recent Zillow study, the median US rent is taking up 29.1% of household income, and costing tenants a whopping $2,000 more per year.

As renting becomes less economical, more and more tenants are exploring homeownership. And thanks to low down payment mortgage options (61% of first-time buyers made a down payment between 0 and 6%, according to the National Association of Realtors’ Realtors Confidence® Index), homeownership is more accessible for first-time buyers than ever, making it the ideal time to make a move.

The Takeaway For Homeownership

If you’re currently throwing a large chunk of your paycheck towards your rent, now’s the time to make a move and buy your first home. Not only is homeownership one of the best investments you can make in your future, but thanks to rising rents, you may also find yourself saving money in the short-term.

Opportunities like these are not the kind of things that you would miss out on when it come to homeownership. Take your own piece of heaven and consult with the most trusted local real estate agent who will be more than happy to show you what your options are. Remember that with each option presented, a new door opens up for a truly thriving future for your family as new residents of this beautiful place in Michigan called Oakland County.