With Home Prices Coming Down in Some Areas, Will Your Rents Lower as Well? 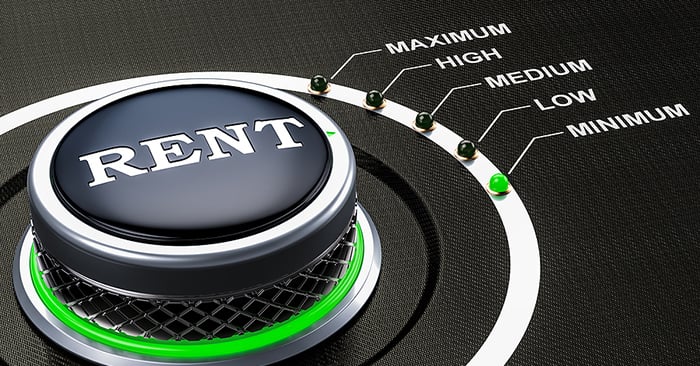 If you’re a renter, you’re probably well aware that rents went up more than 20% over the past few years, but your income most likely didn’t increase by nearly as much. So this realtor.com article probably sounds like promising news when the headline claims that rent prices are finally falling in some areas.

However, the article actually says that economists are predicting rental prices to keep increasing in the coming year. When they say “falling” they’re referring to the fact that they just won’t be increasing as much per year as they have been over the past few years.

Considering home prices are reportedly coming down for the first time in a number of years, it might not seem fair that rents don’t as well.

Unfortunately, it doesn’t typically work that way. While home values fluctuate up and down depending upon the economy and real estate market, rental prices historically haven’t gone down even during most recessions. According to this Forbes article, other than rents coming down between 1940-1950, rents have gone up every decade since, and there have been plenty of economic downturns that negatively affected home values in those years. In fact, rents went up during the last recession between 2007 and 2011.

Oddly, many people who rent cite that they’re afraid to buy a house because house prices or mortgage rates are too high, or the value of a home they buy may go down. People also seem to constantly worry about a recession or housing bubble coming along and destroying real estate values. At face value, they sound like legitimate concerns and reasons not to buy a house. But when you stop to consider that rents have historically only gone up over the years, it might be worth reconsidering those reasons.

Yes, home prices fluctuate, and they’re coming down in some areas right now. Sure, some people who bought in the past few years might see the value of their home drop below what they paid for it in the recent past. Mortgage rates have more than doubled over the past year, so anyone buying right now has a higher payment than somebody who bought over the past few years (assuming equivalent price points).

But, it’s a fairly safe bet that those houses will be worth more years from now than people paid for them. If they purchased with a fixed-rate loan—other than small increases due to taxes or insurance—their payment is the same forever. And, if they have a higher rate mortgage, they can always refinance if rates come down and lower their payment. Last, but certainly not least, they will have built up equity by paying down what they owe along with the value of their house most likely appreciating.

So if you’re a renter, this actually might be the perfect time to buy a house, despite mortgage rates being higher. There’s currently less competition in the market than there has been for the past few years, and houses aren’t always selling as quickly as they have been, so you even have a little breathing room to make a more relaxed decision. And rents don’t appear to ever be coming down, let alone anytime soon.

With the real estate market shifting and home prices coming down, it might seem like there’s a chance that rents will as well. The good news is that rents may not increase as much as they have on a yearly basis in recent years. The bad news is that they’re still predicted to increase in 2023, and a look back in time shows that they’ve more or less gone up every decade since 1950, regardless of any real estate downturns.

While there’s always a chance that you could buy a house and find that the value goes down during economic downturns, the value (and your equity) historically go up over the long term. In addition, if you buy a house with a fixed rate mortgage, your payment stays pretty much the same year after year, while renters have to deal with seemingly endless increases. So if you’re frustrated with ever-increasing rents, you might want to seriously consider buying a house during this current market shift.

Tom Gilliam currently lives in the Oakland County Area and is very familiar with the market, neighborhoods, schools and community issues. His office is located into the heart of Farmington Hills, with five additional offices throughout the south east metropolitan area to serve his clients real estate needs.