A quick view of the most influential metrics in Rochester Hills, MIchigan.

Rochester Hills, Michigan is Comprised of 32.2 square miles, Rochester Hills is located in the east central side of Oakland County in the state of Michigan. As of the 2013 US Census Bureau, the city has a total population of 72,952. Rochester Hills residents are known for their keen interests in both civic and community affairs. There are plenty of homes for sale, and with mortgage rates still at an all time low, now is the time to buy a home in Rochester Hills Michigan.

In 1817, James Graham, a European, became the first settler in Rochester Hills. In 1835, Avon Township was created and in 1869, Rochester was turned into a village that is part of this township. After almost a century, the residents of Rochester village voted for their place to become a city. Rochester turned from a village into a city in 1967. As a result, people in Rochester City no longer need to pay for any property taxes to the township.

For an orderly development, the city implements a Master Land Use Plan. The diversity of the industries available in the city helps in promoting several growing businesses within the city and who are interested in relocating and being a part of the community have a ton of choices to work in computer technology, development and manufacturing, structural engineering industries. Warehousing and distribution is also a big part of the job opportunities that Rochester Hills has to offer since many businesses have their corporate headquarters in the said city.

Residents of Rochester are known to be well-educated and hospitable. Newcomers will not have a hard time blending in and becoming part of the community. The racial makeup of the city is predominantly white, but with a healthy pool of other ethnicity like African American, Native American and Asian. In fact, between 2000 and 2010, the Asian population in the city has grown to about 10% of the city’s total population.

For relocating families, the city also offers a wide selection of schools and learning institutions. For K-12 education, the city has the Rochester and Avondale Community Schools. For college levels, Rochester College (then known as the Michigan Christian College) provides an extensive choice of curriculum. For additional choices, the Oakland University and Oakland Community College both offer courses for all educational levels up to doctoral programs. The accessibility of these learning institutions makes it easier for relocating families with children to choose Rochester Hills over other cities and townships in Michigan.

Rochester Hills is a city where stars are born. Two of the most notable celebrities that came from Rochester Hills are Madonna and Tommy Clufetos (drummer for Ozzy Osbourne) who both graduated from Rochester Adams High School. Many professional athletes and players are also natives of Rochester Hills, like basketball pro Paul David, pro tennis player Amy Frazier, and pro baseball players Jay Gibbons and Shawn Hare. Actor Christopher Howe is also a former Rochester Hills resident as well as the burlesque artist Dita von Teese.

Thankfully, becoming a part of this community that produces world-class talents is not difficult. The number of Rochester Hills homes for sale include a mix of contemporary and old-school properties. Housing options like duplexes, townhouses and even condo units are available in the city. For more information about the real estate situation in Rochester, contact a local real estate agent to assist you to find Rochester Hills MI real estate.

View our selection of available properties in the Rochester Hills, MIchigan area.

Get to know Rochester Hills, MIchigan better with our featured images and videos. 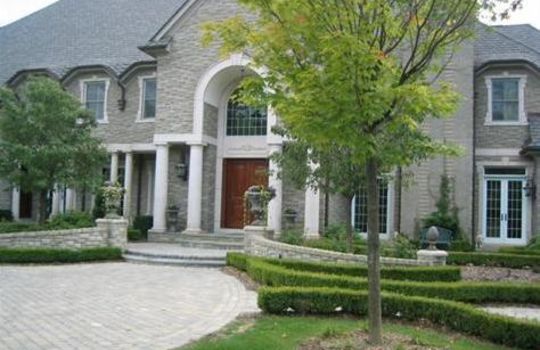 The Best in Rochester Hills, MIchigan

Browse through the top rated businesses in the most popular categories Rochester Hills, MIchigan has to offer.