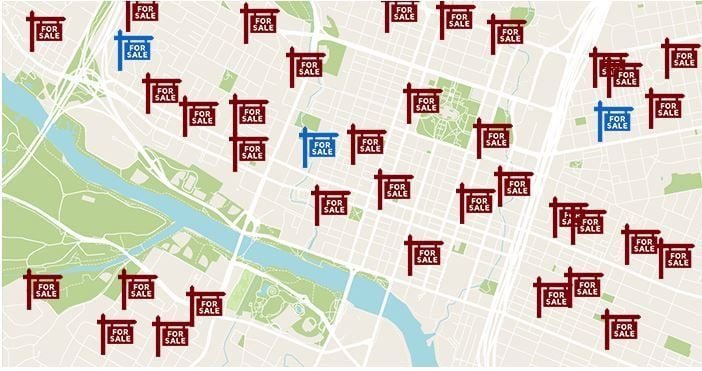 Signs are Everywhere-Is he a better Agent? 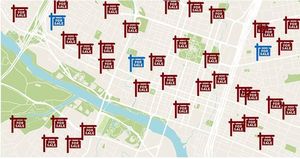 Yard Signs can be misleading,… you want to hire the best agent when you sell your house in Oakland County Michigan and not just a signs in the yard.
You see real estate agent “John Listalots” all over town. His signs are everywhere. So, you figure he must be a great agent.
It seems like he sells almost everything in town, and you figure that he probably “has all the buyers”.

From an outsider’s point of view, this makes sense…

What better way to gauge and choose the best agent to list and sell your home?

You have the evidence in front of your eyes. So many other people have chosen him to sell their home, how could it not be true?

Something you should know…

Before we get into the three reasons why you shouldn’t just hire the agent with all the signs around town, there’s something you should know.

Very few real estate agents do tons of business. In any given area, there’s always an agent or two who seem to do all of the business.

There’s a difference between “top” agents, and “best” agents.

The “top” agents aren’t necessarily the “best” agents, who will do the best job for you, and get you the most money for your home. (But that isn’t to say they can’t, don’t, or won’t either.)

It’s just to say that you can’t judge an agent by the number of for sale signs they have up in town.

Don’t hire a real estate agent just because they have tons of for sale signs around town.

And, don’t not hire an agent who doesn’t have a lot of for sale signs around town.

1. Appearances can be misleading.

Just because an agent has tons of for sale signs up around town all of the time doesn’t mean that the agent is selling them all. He might only sell half of the houses he lists.

And, the ones he does sell, he might not necessarily sell for the highest possible price.

Maybe he does. But maybe not. Just don’t base your decision off of appearances.

You might be better off hiring an agent who doesn’t sell lots of houses per year, but gets them all sold, and for the highest price possible.

An agent who has lots of listings on the market could very well not have a whole lot of time and attention to devote specifically to you and your house.

Again, maybe he or she does manage to pay close and careful attention to every single one of their clients. But maybe not. In fact, there is a good chance an agent doing so much business cannot pay you lots of attention.

You might be better off hiring someone who has less listings, and can devote a lot of time and attention to you and the sale of your home.

3. They are too good at selling.

An agent who is good at finding and getting so much business is likely a very good salesperson.

But what are they good at selling? Maybe they do sell a lot of the houses they list, and quickly…

Does that mean that agent did the best job and sold it for top dollar, or is it that the agent is good at selling their own client on agreeing to less than the best price and terms? Could they get more for their client? Is the agent pushing his or her own clients to do things, just to make a quicker sale, or a sale at all?

Almost impossible to prove. And not necessarily the case with a top producer. It’s just food for thought.

And it’s food worth chewing on…

Because so many great real estate agents, who take a tremendous amount of care in getting their clients the absolute best results, get overlooked simply because they aren’t the agent with the most for sale signs up around town.

Dig a little. Ask around for that local agent who happens to be the best kept secret. And when you find one, don’t doubt your choice just because they aren’t the top producer. Trust him or her, and let your agent do the best job possible.