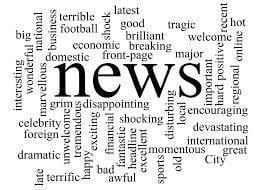 Pending Home Sales Up
And we have some positive numbers to report today – Pending Home Sales in July rose 3.3% on a month over month basis according to the latest data from THE NATIONAL ASSOCIATION OF REALTORS®. The P-H-S numbers, a leading indicator of the health of the housing market, are at their highest level since August 2013. We talked to Jed Smith, the Director of Quantitative Research for THE NATIONAL ASSOCIATION OF REALTORS®, who gave us some insight into how and why we are seeing these strong gains.

Housing Forecast Looks Sunny
The forecast for the national real estate market is in. And what do we see? – A lot of blue skies and sunshine.

And that’s according to Freddie Mac, which is out with a new report. It shows there’s been a dramatic shift in the overall economy, and THAT should lead to a strong housing market well into next year and beyond. Economists say housing starts should be around 1,300,000 in 2015. That would be an increase of 28% over this year’s pace.

The main reason for this is rapid growth in the labor market. Employers have, on average, added more than 200,000 jobs for the first 7 months of this year.

Continued improvement in this area is expected to fuel homebuilding activity, and lead to a housing market that’s driven by solid fundamentals.

Credit Impacts Homeowners Insurance
Every homeowner with a mortgage understands how important their credit history is. If we don’t have a good record, we have a tough time finding a good deal on a home loan. As it turns out, a poor or even a so-so credit score can also make homeowners insurance rates MUCH higher.

Where to Find the Largest Homes
Having a large home can be luxurious…and we all think of large homes as being incredibly expensive. But? Think again.

Believe it or not, there are places you can go to find a big house WITHOUT getting slammed by big sticker shock.

Builder Magazine, which provides information on housing, just released a study looking at the top five cities for buying a large home that’s relatively inexpensive. Researchers looked at the major markets – those with a population of more than 500,000. They also took into account things like average living space and price per square foot.

And number one was Oklahoma City. It has the lowest average cost per square foot at $203. And the largest average lot size, at more than 18,000 square feet.

Home Builder Confidence is Up
Most of the companies that build homes in the U.S. are happy about where the housing market is heading. According to a new report from the National Association of Home Builders, confidence among these companies was up AGAIN in August.

That’s the third consecutive monthly gain for that reading.

The confidence index is now at 55. Anything above 50 is considered good – it means the majority of builders have a positive view of where the market currently is and where it’ll be in the near future.

Analysts say the employment picture is getting brighter and builders are continuing to see a noticeable increase in the number of serious home buyers entering the market. Other factors contributing to the improvement include low mortgage rates and affordable home prices.

Here’s where we stand right now – delinquency and foreclosure rates are at their lowest levels in more than 6 years. Foreclosure starts haven’t been this low since 2006. And, in states that were hit hard during the housing crisis, foreclosures and delinquencies are back to pre-recession levels.

That’s a good thing for the real estate market in as a whole. And individual homeowners will see the benefits of all this progress, according to the Mortgage Bankers Association – which represents the real estate finance industry.

Experts say homeowners can expect to see various improvements. Their property values should continue to increase…since fewer distressed properties are pulling down nprices in the neighborhood. And it’s welcome news for first-time homebuyers, who can expect banks and mortgage companies to lend with more confidence.

Pending Home Sales Up
Expect more home sales over the next few months. THE NATIONAL ASSOCIATION OF REALTORS® has released its Pending Home Sales report and contract signings increased 3.3% on a month to month basis. W

We talked with Jed Smith, the Director of Quantitative Research for THE NATIONAL ASSOCIATION OF REALTORS®.

The price of homes is also expected to show gains this year. NAR projects the median existing home sales price nationwide will grow between 5% and 6% in 2014 on a year over year basis.

Home Demand is Alive and Well
In order to have a robust home buying environment, the United States needs to be filled with plenty of demand for – you guessed it – housing.

So, do we really have enough current demand to drive the market forward?

Sig Anderman is the CEO of Ellie Mae – which provides services for the mortgage industry. He tells Fox Business, demand for homes is growing all the time.

Down Payments on Homes are Rising
We all know how it works. To get a home loan – we usually have to hand over a down payment. But what you might not know is down payments have been rising.

Bloomberg reports, this is happening for homes of all size, but it’s been dramatic in the least expensive 25% of properties. In that area, the median down payment last year was 7.5% of the sales price.

Why are bigger down payments becoming more prevalent? Bloomberg reports that fewer home-buyers—especially first-time home buyers—are choosing F-H-A backed loans. So, the number of mortgage products that require larger down payments has been on the rise. It could be that the higher costs of Mortgage Insurance required by the Federal Housing Administration is deterring some home buyers from selecting F-H-A backed mortgages.

Singles Seek Home Ownership
It appears that the traditional approach to buying a home – saving, saving and more saving – is still alive and well.

REALTY BIZ NEWS reports on a brand new study from Century 21 Real Estate – that shows that even among single buyers, owning a home is worth sacrifices. The study shows the majority of single homeowners gave up dining out, entertainment, and vacations in order to make their home ownership dreams come true. Why make these lifestyle changes in order to buy a home? The Survey found single folks regarded home ownership as an important financial investment. In fact, the report states 75% of single people, age 25 to 50, say home ownership is important to them.

Rising Rents Hit Middle America
Here’s something that makes homeownership seem like a much better deal. From coast to coast – it’s becoming more expensive to rent.

According to the industry website HousingWire.com, rents have been rising and they show no sign of slowing down. And it’s getting tougher for people who decided to rent – so they could save up enough money to eventually buy a home. As you can imagine, that’s not easy when so much of your cash is going towards your rent.

The Wall Street Journal reports, not only are rents going up in the big cities like New York and San Francisco – it’s been a nagging problem in the South and Midwest, too.

The top 10 regions for the MOST rent growth in the second quarter of this year include cities in Tennessee, North Carolina, Kentucky, Ohio and Missouri.

courtesy of The National Association of Realtors