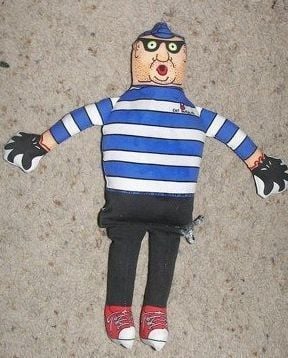 Safe Open Houses is the goal, recently in the Greater Oakland County Mi. area there have been reports of robberies while agents hold open houses on their Sellers Properties as a means to get more traffic through the homes for sell. This is quite serious

and can cause great harm to agents and their seller’s property. In an open house you can either be bored to tears or you could have many people coming in at the same time and it can easily become a hectic situation especially if there is only one agent holding the home open. Let’s face it, most of us realtors hate to hold open houses and statistics show that very rarely is a home sold during an open house but new agents have this as one of their main avenues to generate prospective home buyers. Naturally during open houses you will get neighbors that want to see the home just to possible compare or to just be nosey which is harmless, but always as you should do with everyone else you keep an eye on them and try to follow them through the home as they look around.

The real ones to really watch are the “gang” that show up with 3 or more people and they scatter throughout the home without you being able to control all of them, in this case you ask if you can show them one at a time and have the others wait outside, try to do this in a polite way and make them sign in on a sign in sheet that you have done beforehand, keep in mind this tactic sometimes doesn’t work and before you know it they are scattered the house. Being in control and acting like you are can deter much of the madness and chaos that can ensue when this happens. When I get more than three people in an open house at once I usually will lock the front door (so others don’t come it) and ask them if they can all go with me and I will give them a tour of the house, but be sure to lock the door so others don’t come in while you are touring with the group. Another thing to do is have everyone that comes in to the open house is to remove their shoes and place them all in one spot next to each other, this make it difficult for a snatch and run situation and also shows the home seller respect.

It is also your duty as the realtor to have a conversation with your seller as to the risk that in place once you have an open house. Make sure your sellers knows to take anything of value out of the home, not to just hide them but remove them altogether these would include things such as jewelry, laptops, crystal, gaming devises, money, small trinkets and especially their prescription drugs as this is a big ticket item to thief’s. There is also something that may not be thought of, but always remove markers or pens as small children sometimes will mark and draw on walls, not on purpose but try to avoid that if possible.

It is also very important to watch or be vigilant to pay attention to the vehicles that people pull up with if you see something suspicious do not hesitate to lock the doors and call your local 911, it’s better to not let those suspicious ones in the house making you and the home owner vulnerable. It is important that you be safe during open houses and this isn’t meant to get anyone paranoid or not to have open houses, but only to share my experience’s and help all my fellow agents and home seller be safe and aware that this is a real issue. Below are some tips that might help also, enjoy and be safe!

10.  Close up in teams. Openings and closings are the most dangerous times   during an open house, most times there is another agent down the street also doing an open house. If you’re alone, lock up your house, go over to the other agent, and offer to walk through his or her house and close it up with him or her and then both of you can go over to your house to do the same.