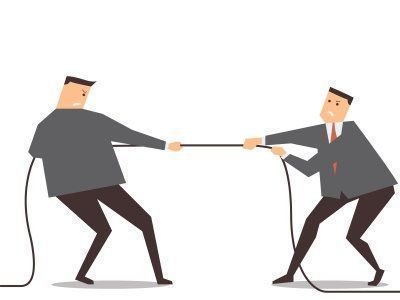 Game theory only sounds like it has something to do with how to win in some weekend sports outing or family board game. It’s a seriously studied logical field that mathematicians delve into. Interestingly, when you study how to develop successful negotiation tactics—Novi real estate negotiations included—you can look at them via game theory.

There is a problem, though. The further you get into the subject, the more it tends to become more and more abstract. Unless you are someone who looks forward to curling up by a roaring fire with a favorite math textbook, you won’t get very far into game theory before your eyes will begin to glaze over.

In real life, Novi real estate negotiations are anything but academic exercises, so I can’t recommend spending hours studying “The Prisoner’s Dilemma” or any of the other highly studied game theory games. But even if you’ve been able to stay tuned for only a few of the most rudimentary basics, it seems that in order to develop a winning game plan in any negotiation, there has to be one pre-condition (in game theory, it’s called an assumption).

The assumption that’s necessary for developing a successful negotiation strategy is that all the parties must be rational. They have to be trying to make decisions (game moves) that are intended to benefit themselves. In Novi real estate negotiations, that usually consists of paying or receiving the least or most money in the most favorable time frame.

So the takeaway from game theory’s application to Novi  real estate negotiations is both simple and useful in the real world:

First, remain rational yourself. In the course of negotiations, if your thoughtful proposal isn’t accepted, don’t get mad—even if it’s maddening. Stay cool; acknowledge that you’ve considered the response, and develop the best counter that is in your interest. I’ll help!

Second, as much as possible, foster rationality in the other party. Even if they fly off the handle for what seems to be no reason, assume there IS a reason—but it may not be one that’s rational or even directly connected to the bargain under discussion. It can even be due to misconstrued communication. In the heat of the moment, it’s easy to forget that emotions can block self-interest—but even fiery emotions can be quelled when met with calm and reason.

One of the great advantages to having me as your Realtor is the experience I bring to the Novi real estate negotiations that complete every sale. There are many steps that precede that “endgame” moment—call me whenever you’re ready to discuss getting started!