Living the City of Northville 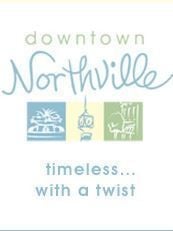 Living the City of Northville

Hills. It was a beautiful day Sunday so I had a seat on one of the benches and just people watched. the feeling of Halloween was all around and many of the residence were out walking and enjoying the Summer like day. On the drive there I did notice the beautiful autumn colors in the trees and the bitter-sweet good bye to summer 2014. Home Buyers love Northville Mi and I’m proud to service this area to them and Home Sellers there and possibly find myself moving to the area in the near future. I wanted to write a little history about Northville Michigan after my day there and share it with you.

The city of Northville is an affluent community in Michigan that lies partially in both Oakland and Wayne counties. The city is considered a suburb of Detroit and it is partially surrounded by the city of Novi. The city has several nicknames which include, but are not limited too Hamlet of the Hills, the Switzerland of Wayne County and The Kazoo City. The city spans 2.07 square miles and it is located 21 miles from Ann Arbor and 29 miles from Detroit and in part it serves as a bedroom community to its larger neighbors.Notable people that have or do call Northville home include the football player Duante Culpepper, MLB Pitcher Scot Shields, inventor and father of the automobile Henry Ford and writer Teresa Irish.

Northville was first settled in 1825 and the town’s first post office opened in 1827. The downtown area of town was constructed during the Victorian era and the Queen Anne style of many homes reflect that age. The first school opened in 1853 and the community was incorporated as a village in 1867. Henry ford established a valve factory in the village in 1919 that helped lend financial stability to the area allowing it to grow. The village was officially incorporated as a city in 1955. Mill Race Village, an area with historic buildings and a replica of a general store opened in 1972. Today the city of Northville respects and embraces its past, but also thrives and strives for its future.

According to the 2012 United States Census, Northville was home to 5,970 residents giving the city a population density of 2,912.2 inhabitants per square mile. Education in the city is provided by the Northville Public Schools. The city has a wonderful library, the Northville District Library which opened in a brand new location in 1996. Northville is also home to many wonderful community events such as Art in the Sun, the Northville Grub Crawl, the Victorian Festival, Fire and Ice which combines a chili and salsa cook off and an ice carving competition, the Northville Christmas Parade and more.

Northville has quiet streets, quaint shops and works hard to maintain it’s small town charms. Housing in Northville is a mix of single family residences, historic homes, multi-family accommodations and more. Homes for sale range from starter homes up through luxury and historic homes. There are also real estate options such as apartments, duplexes and more. Lastly, there are condominiums, and town houses which provide a variety of amenities to insure comfort and convenience for residents. Local agents are ready, willing and able to help you find the home of your dreams in beautiful, historic Northville.