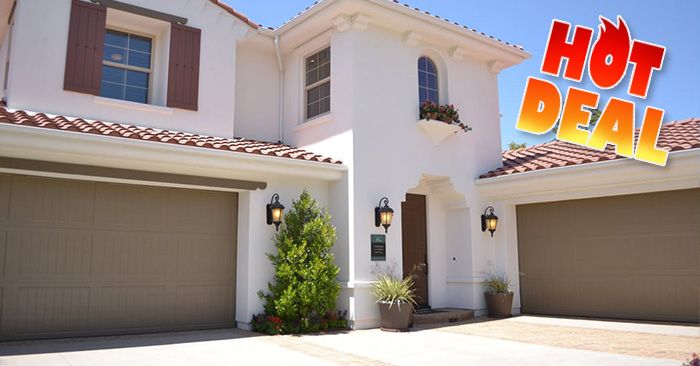 Hot Deal? Do You Have One?

Hot Deal-How about a house that’s already underpriced, a 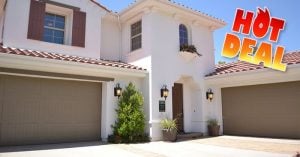 nd is being overlooked by every buyer in the market? And the owner is super motivated. Desperate even. And would probably take even less than they are asking already.

Just by buying it at such a low price you’re going to make money. But, if you put a few bucks in, you’ll make way more money. And quickly.

So, what’s the secret? How do you get in on such a hot deal!?

Apparently, a lot of people think the road to riches is paved with one carefully worded question…

“Got any hot deals?”

You can certainly try that approach. Ask every real estate agent you meet that very question. But it probably won’t get you in on any hot deals.

It’s not a bad question

It’s not that it’s a bad question. There’s nothing wrong with asking a real estate agent if they have any hot deals.

But, it can be aggravating to agents. And, even if they do know of any hot deals, it probably won’t do you any good.

Be in the market, not asking about it

First of all, who doesn’t want a good deal? There are always people in the market, ready, willing, and able to scoop up a good deal.

So, if you find yourself asking this and there isn’t a hot deal to be had, it’s because there are people actually, and actively in the market buying the deals. Some are just people looking for their own home, recognizing a deal when they see one, and grabbing it. Others are investors who are constantly on the lookout and in a position to buy deals when they see them.

So, if you’re just asking if there are any hot deals, it won’t do you any good. Unless you happen to be absolutely ready to pounce. Meaning, you have money lined up. Whether it’s in the form of financing or cash.

But it also means you have to be mentally ready to pounce. If you ask, and an agent does bring you a hot deal, you need to be ready to go after it…not wait to see if the price goes down more, or “posture” and wait for the seller to come groveling to you to make an offer, any offer. Or, just wait to see if another better deal comes along.

So, it’s perfectly fine to ask agents if they have a hot deal, but you need to be ready, willing, and able to do something about it. Otherwise, you can ask every agent you ever meet the same question, and it’s not going to get you anywhere.

Simply put, you need to be one of the people in the market… not just asking about the market.

Align with an agent

It might seem to make sense to ask every agent you meet if he or she has a hot deal.

But it doesn’t really work that way.

This is probably an issue of how the question is worded, and some misunderstanding.

It seems that when people ask this question, they’re asking the agent if they have a house listed that is a good deal. This doesn’t make a lot of sense. If an agent is listing a house, they should be attempting to get the highest price possible for their seller. Not getting a buyer a good deal.

Sure, there may be agents who play in the sandbox that way. But most don’t and won’t. So the question is a bit insulting, and totally aggravating.

That same agent can find and get you a hot deal…But not necessarily one they personally “have”.

They can find you a hot deal listed by another agent. And they probably would love to do that for you. But you need to be aware of the reality that the hot deal they can bring you to is likely not their listing, and not necessarily something they can pull out of a hat for you in that very moment.

They will need some time to scour the market for a hot deal. After you give them some information.

A “hot deal” is relative

Just because something is a hot deal, doesn’t mean it is a good deal for you…and your abilities, wants, and needs.

If you go around asking every agent you meet this question, they’re going to sense it. Having an army of agents all you on their mind for the next great deal just isn’t going to pan out.

Agents want and need to know they’re spending their time wisely on someone.

So, if you truly do want in on a “hot deal”, you should find and align with one agent (singular). Actually sit down with him or her and get into what you can actually do something about.

You can’t just say that you’re open to anything as long as it is a deal…and you’ll figure out how to make it work. And then expect the agent to spend a concerted amount of time and attention on finding you deals. Because the agent (unless they are new or desperate) probably won’t invest a whole lot of time or care truly finding you a good deal.

You need to show your sincerity, and your actual ability to an agent…at least if you want good attention from a good agent. And you should. So, align with the best agent you can.

A lot of the “hot deals” aren’t obvious.

The hot deals are made, as much as they are found.

And the best way to find and get a hot deal is not by offhandedly asking if an agent has one, but by being in the market, aligned with an agent, going out and making a hot deal happen. And, once in a while, just being in the right place, at the right time…but also being ready, willing, and able to scoop up the deal.