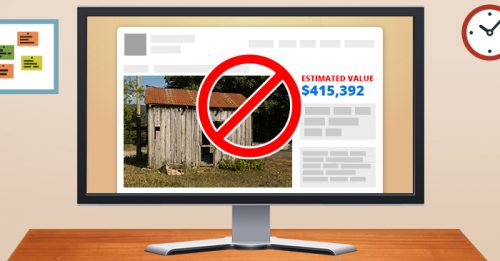 For any kind of Farmington Hills real estate activity—whether you are buying or selling; financing or refinancing; whether for your family residence or as an investment—there are at 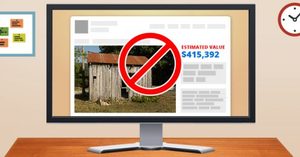 least two value estimation figures that determine how the Farmington Hills transaction is likely to fare.

The first is a value estimate that you come up with: a dollar amount that reflects what the subject property is worth to you. That’s a calculation likely to be based on some mix of the property’s features, your own personal tastes, and your financial profile and outlook. If I’m your Realtor®, it will also be greatly influenced by the research I prepare for you: the real-world values of all the latest comparable transactions that have been taking place locally—along with the asking prices of similar properties.

That figure is one thing, but the second kind is an actual appraisal—the estimate that lenders use as the collateral value for the Farmington Hills property. That estimate is the one a professional appraiser calculates using guidelines and formulas that have been painstakingly developed over time. It’s fortuitous when the first number comes close to the professional estimate—and I’m happy to say that it’s often the case.

But since 2006 there has been a third kind of Farmington Hills real estate value estimate—one that’s increasingly mentioned in news of real estate controversies. This is the “Zestimate” offered by the website data company Zillow: a number that is arrived at via an automated system that assembles publicly available data. It’s stated purpose is “to aid potential buyers in assessing market value of a given property.” Unlike the painstaking reports that certified assessors create for a fee, Zestimates are widely disseminated to everyone for free. There is one problem, which I’ve mentioned before: the figures may be misleading.

Although Zillow claims an “incredibly low” national median error rate of 5%, last June they hailed a new improved algorithm that dropped the rate to 6.1%” [that’s not a typo: 6.1% is indeed a larger error rate than the still-claimed 5%]. Worse yet, research shows that in 10% of the cases examined, the error was 20% plus or minus…so a home with an actual fair market value of $300,000 could show a Zestimate of anywhere from $240,000 to $360,000!

Given that possibility, it’s probably no wonder that Zillow has announced a $1 million prize “to the person or team who can most improve the Zestimate” formula. MarketWatch points out that the contest was announced “just a week after a class action suit was filed against them” for offering unlicensed appraisals that hurt business—but the company claims the timing is just a coincidence.

Farmington Hills real estate buyers and sellers will undoubtedly continue to be amused by those Zestimates when they see them, but the more knowledgeable keep in mind that they can constitute eye-rolling mistakes. When your own Farmington Hills real world real estate affairs are in the offing, better to give me a call for information that won’t include any misleading automated miscalculations.