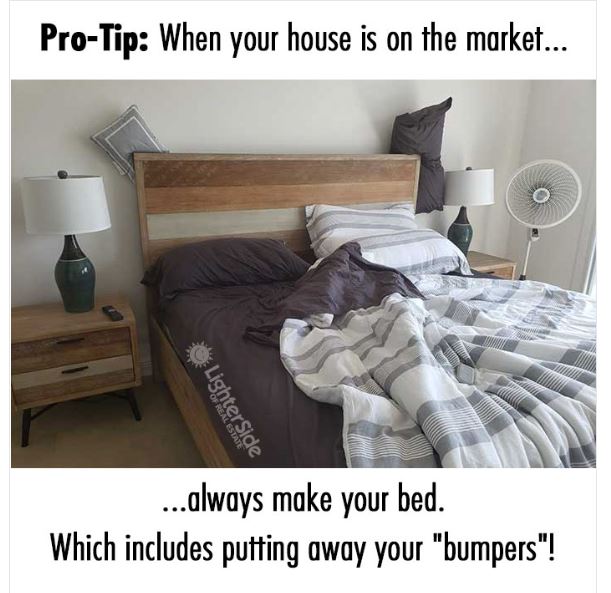 If you’re having any real estate agents over at the Thanksgiving table, you’re missing an opportunity if you ask them how the market is or talk about current mortgage rates. While it’s tempting to pick their brain about how much your house is worth, and they’ll gladly talk with you about all thing’s real estate, you have no idea what kind of jaw-dropping stories they have to share!

But unless you’re in the real estate business, you’d never know what to ask to get them talking about these things, and they probably wouldn’t think to bring them up. So here are 6 things to ask the real estate agents in your life if you want to take the holiday conversation up a notch:

1) What’s the most awkward things real estate agents have walked in on when showing a house?

Homeowners should be well-aware that an agent is coming over to show their house, but sometimes they just forget and go about their normal business. Which is why almost every agent has a story or two that involves walking in on someone sleeping, naked, doing drugs, or having sex.

2) What’s the worst house you’ve ever shown or listed?

It’s easy to think that real estate agents are in and out of beautiful homes that look like showrooms all day, but you’d be surprised at how many houses they see that are trainwrecks.

But even though they’re used to seeing some less-than-amazing houses on a daily basis, there’s always one that is forever embedded in their memory as “the worst house” they’ve ever showed or listed. If they can’t forget it, the chances are you’re about to hear a doozy!

3) Have you ever had a client stink out someone’s bathroom?

The answer will most likely be yes. Look, is it OK for a buyer to take a tinkle in the bathroom of one of the houses they’re seeing? Of course. If you’re out seeing a bunch of houses, sometimes nature calls and you gotta go.

But taking it beyond a tinkle isn’t quite as acceptable. Yet most agents can tell a tale or two about one particular client who should’ve laid off the Taco Bell on the way to go see houses for the afternoon.

4) What’s the weirdest thing you’ve seen left out in the open at a house? 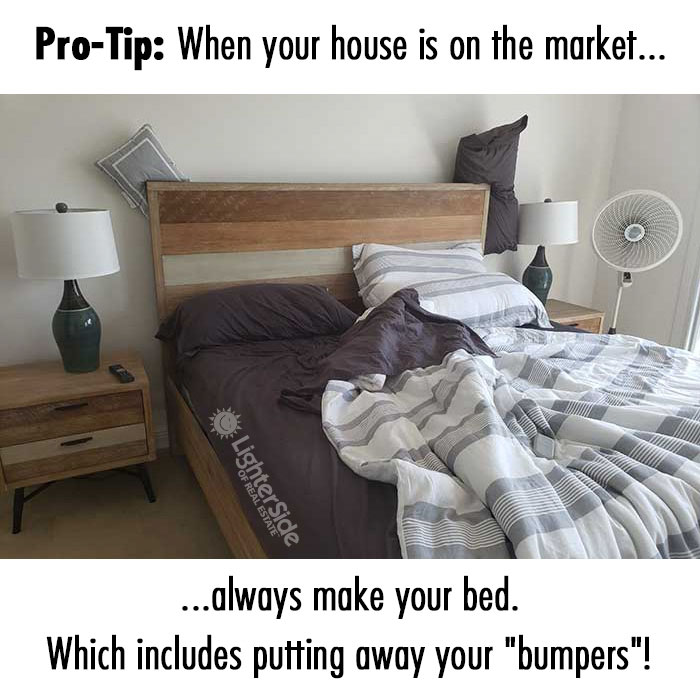 Most people are pretty good about hiding things they probably wouldn’t want anyone seeing or knowing about while their house is on the market, but some people either forget, or just plain don’t care what an agent or buyer sees!

Brace yourself for stories about drugs, bongs, sex toys, or even a sex swing hanging from the bedroom ceiling.

5) Do you ever get inappropriate calls or messages?

This question is more for the women real estate agents out there. Sure, men can get some lewd or rude calls, but women get the majority of off-color commentary from alleged potential clients.

Unfortunately, real estate agents pretty much need to have their cell phone number and face plastered everywhere and anywhere the public can find it, which some creeps take as a personal invitation to use for more personal endeavors than buying or selling a house. If you’re lucky, they may even have the thread saved or some screenshots to show you!

6) What’s the craziest animal story you have?

From being dry humped by a chihuahua while trying to give a listing presentation, to being cornered in a room by a hissing cat, almost every real estate agent has a story about an animal they’ve encountered.

But if you’re lucky enough to know an agent who shows houses in more rural areas, you just hit the jackpot, because there’s bound to be a story involving horses or cows!

So, there you have it! Plenty of ways to spice up the convo at Thanksgiving, or any other holiday for that matter! And the stories never stop coming, so save this list for next year, because they’re bound to have new ones to tell you every time you see each other!